Like the rest of the world, I've been cooped up for the last year or two... I came up with the idea to figure out a feasible process for making lockpicks. From start to finish with as little manual labor as possible, so I could make batches for my buddies or conferences I go to. This ended up requiring me to dive into quite a variety of areas that I really had no experience in. Metallurgy, lasers, mold making, plastics, injection machines, pneumatics, Finite Element Analysis (I really don't recall even hearing about it before), etc.... Some of it was just scary.

This writeup covers some of the problems and ideas I came up on making the profiles.

I initially started with the traditional standard short hook. A short hook around 0.110" high at 0.019" wide and a long thin shaft. It was meant to maneuver really well it most keyways, and it did, it just didn't have great feedback while picking.

I ran into a few problems, I didn't have the nice metal that some of the manufactures like Peterson Multipick have. If you want detailed information on metals for lockpicks, check out Christina's great write up on her site at https://elvencraft.com/lpd/Lock%20Pick%20Metallurg

I was limited to using either 301 Stainless full hard (UTS ~ 210ksi) or Stainless 17-7PH (UTS ~ 235ksi). The nicer lockpicks normally use HY Stainless 301 (UTS ~ 280ksi) or Stainless Steel 420 (UTS ~ 252ksi), the problem being is it's extremely difficult to buy in smaller quantities.... Hindsight, this really forced me to put a lot of thought into optimizing the pick profiles. I couldn't just rely on really nice metal.

While it maneuvered well in keyways, had plenty of reach, the feed back with this profile was terrible. I sent them out to a group of very talented pickers and asked for honest feedback. They pretty much destroyed them, it was a bit embarrassing. 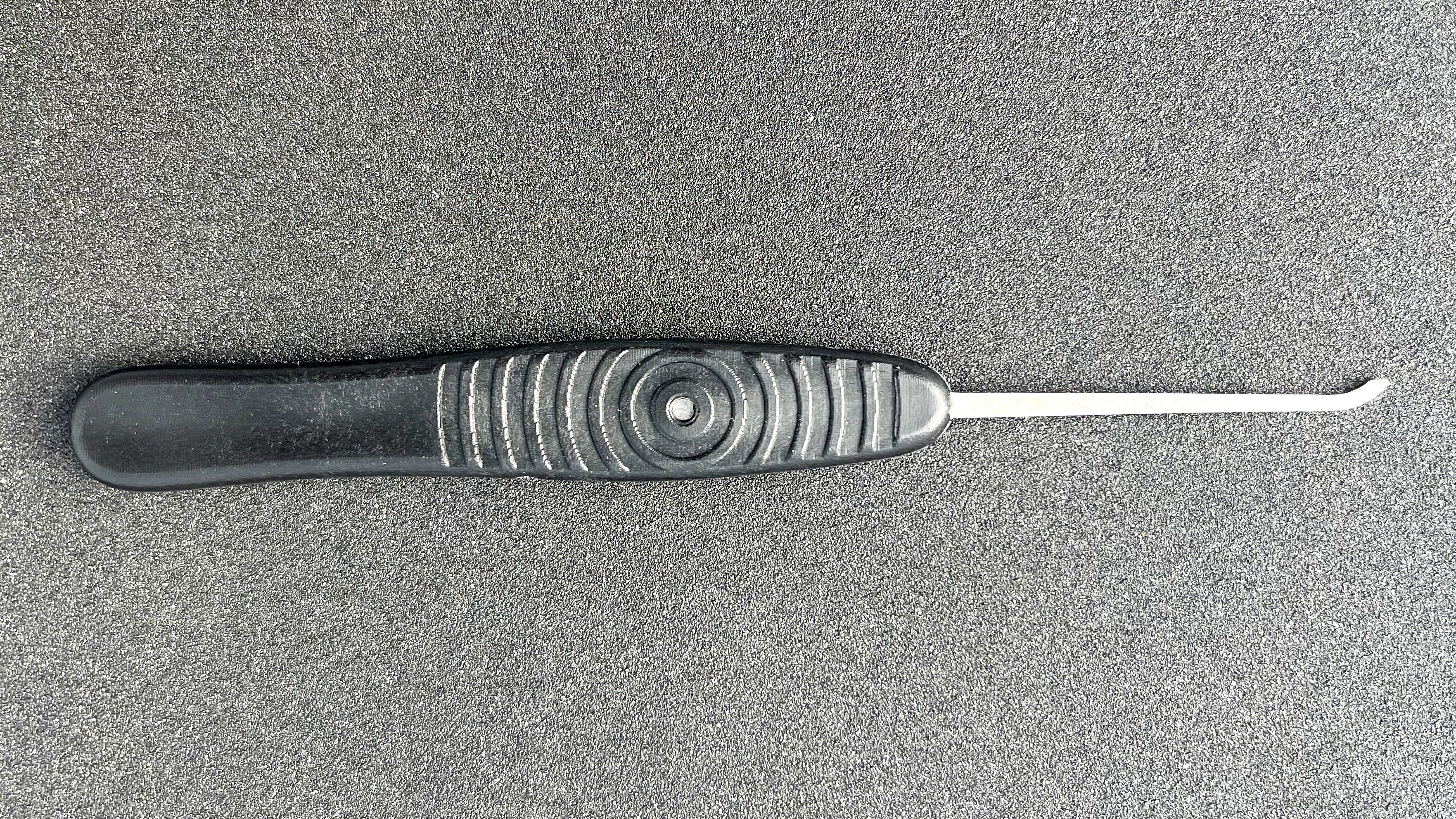 Initially I was a quite disappointed and wasn't too sure if there was much I could do to remediate the issues. I opened Fusion 360 and started to figure out how FEA (Finite Element Analysis) works. Christina had used FEA stress analysis in the past to show weaknesses in shaft profiles and even Bogotas. https://elvencraft.com/lpd/Lock%20Pick%20Recommend...

FEA in Fusion ended up not being too complicated. You define the mesh size, constraints, the load and push solve. I found the Displacement and Stress simulations the most useful lockpick wise.

I found by putting a shoulder from the handle portion to the shaft I could decrease the FEA displacement test results by 30%. This also evened out the stress throughout more of the shaft. It didn't effect maneuverability much because the part of the pick that goes inside the lock didn't increase much if any. Shortening the shaft also decreased it a bit. I doubted this would transfer to real world results but thought it would be fun to try out.

The 2nd version of the picks fortunately turned out different. The shaft was shortened from way too long to 1.5", and a shoulder from the 0.20 handle was used. 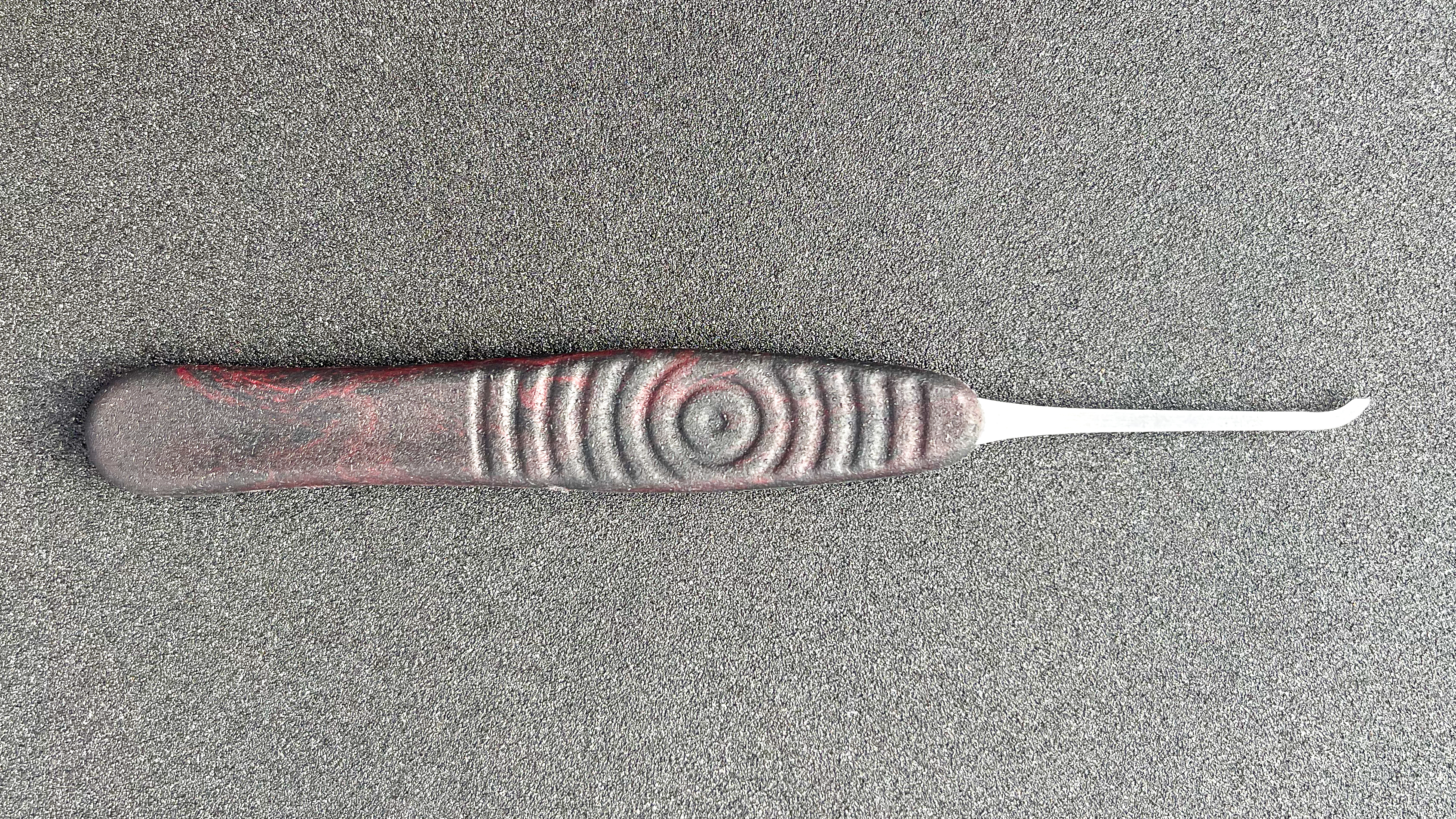 The real world results were impressive. I attempted a couple of crude jigs to measure the difference in the yield strength between the profiles and from what I could tell from my uneducated attempt's, the changes decreased the displacement by over 30%.

I sent a bunch out to the group and they were an immediate hit. They now provided very respectable feedback.

I still had a few issues, they seemed a bit too short, multiples were breaking under some of the heavy handed pickers. It ended up being the profiles that were cut against the profile of the metal grain were breaking. It somehow worked out that all of the short hooks had been cut along with the grain and had no issues.

On to version 3. I increased the handle from 0.20" to 0.25", made sure to cut the profiles with the metal grain, narrowed the shaft a bit more and lengthened by 0.1" to make it a bit easier on those 7pin locks. I also found a nice 1095 Carbon Steel Spring Steel (UTS ~ 253ksi) which seems very nice, minus the fact that it can rust if not taken care of.... 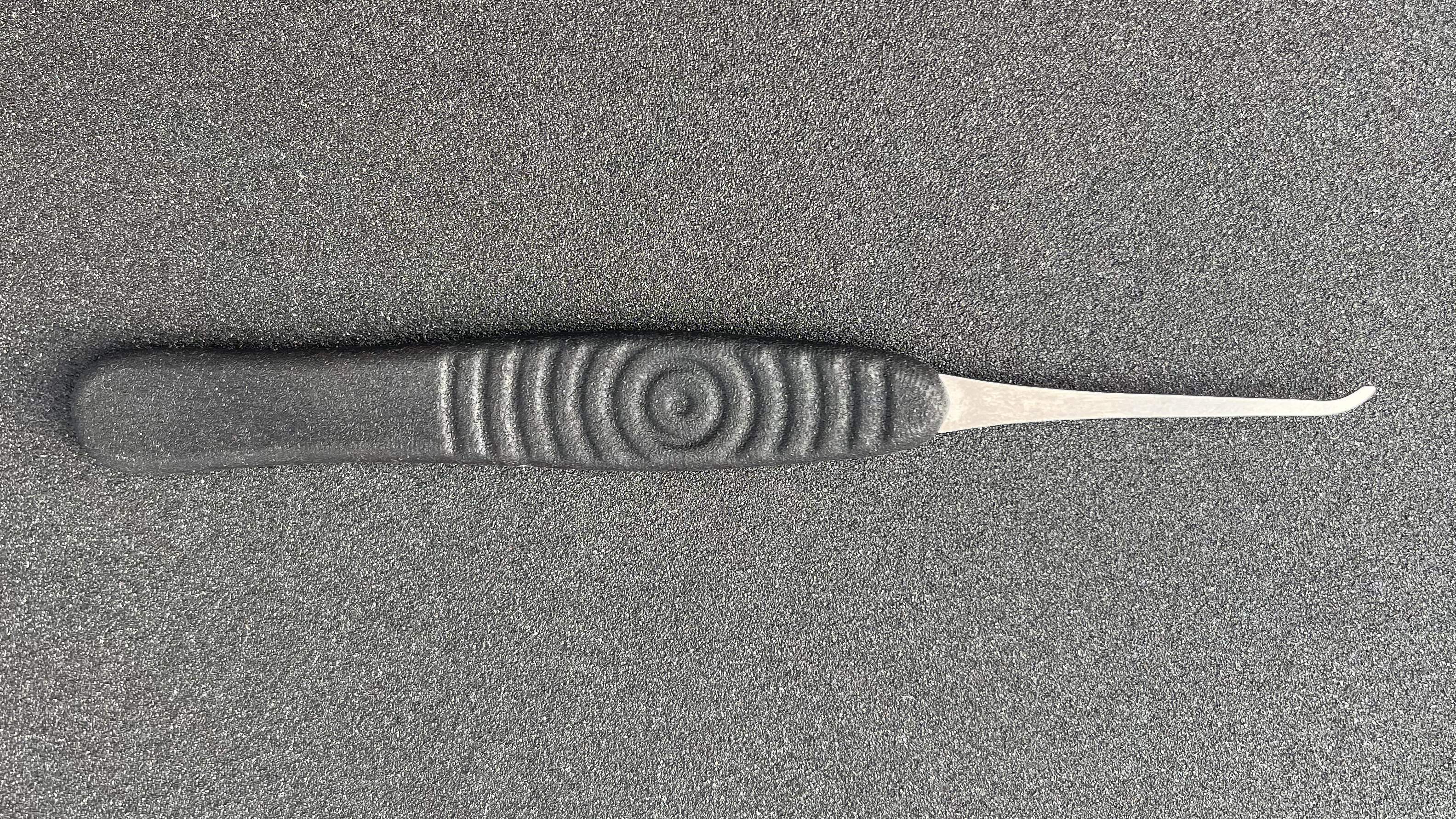 What you'll see available in my online store is the same profile and handle as version 3, but in a high yield 301 stainless steel!!!

I love lockpicking and making things. If anyone has questions or just want to chat about design in general, I'm available on the LPU discord, twitter, or facebook groups.